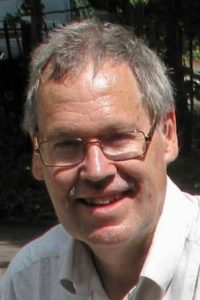 I was employed as a mental health social worker for very many years. ‘Can people ever change?’ was a question I was sometimes asked. I never came to a definite conclusion about that. I have, however, observed a related phenomenon: I have seen lives turned around when individuals discover an activity that inspires them and for which they develop a passion. This might relate to a different career path or a spiritual calling. Alternatively it might be a new creative direction. The common feature lies in finding something that adds a new meaning to life—something that awakens previously untapped elements of a person’s true self.

I remember experiencing such an enthusiasm when I gave up a career as an engineer to work in mental health. I recall the feeling fading, however, after I accepted more senior positions and discovered, too late, that being a manager was not an extension of my previous role but a totally different one—one for which I was never suited. It was at this point that I began to write and discovered a pursuit that re-engaged with the person that I felt I was inside.

This was a theme in my first novel, Judgement Day, which saw a number of its characters escape the narrow constraints of their everyday lives to discover surprising new facets of their own personalities. I was heartened when this book gained the silver medal in the humour category of Dan Poynter’s Global Ebook Awards in 2016.

If I could go back in time and speak to myself at age eleven, I would tell myself to follow my interests, follow my instincts and be brave when the world around wanted me to be someone else. Sometimes during the past fifty years I have done that, but far too often, however, I have not. At least now that I am retired, I have been able to reflect and take my own advice.

I have now published five books: three collections of short stories, a novel and a novella. I have also learned to sing and to play guitar and ukulele. In addition, I have turned my garden into a vegetable allotment and, in a voluntary capacity, resumed direct work with people who experience mental health issues.

If only one could turn the clock back—but also make use of subsequent wisdom. It is probably no coincidence that the forthcoming sequel to Judgement Day, called Until the End of Time, explores exactly that idea.

Swan Morrison is the pen name of Brian Huggett. Brian lives with his wife and a cat named Blackie in Hampshire, England. He has been publishing work on the Internet and in print since 2001. In 2006, he created the Short Humour Site at http://www.short-humour.org.uk for comedy writing of around 500 words.

All profits from the writings of Swan Morrison are currently donated to charity.