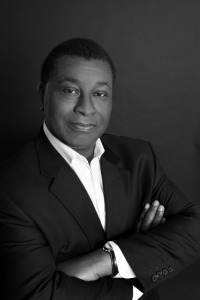 As baby boomers, many of us were admonished throughout our adolescent years and then as adults to plan and save for the future in order to be able to stand on our own two feet. I translated this to mean, if you are able, you must work hard and provide for your own future—your own security. That advice seemed quite sanguine and occasionally proved its worth by the things that happened to people around me that left them struggling, without enough. Nevertheless, for many, if not most of us, these admonitions often went unheeded, particularly in our adolescent years and sometimes into early adult life. So if the words, “live like there is no tomorrow”, or “live life to the fullest” spring from the past and are echoing inside your head about now, you know what I mean.

Despite these epic and often short-lived “devil-may-care” episodic attitudes, most of us baby boomers, and no doubt a good many Generation Xers, can recall the excitement of our first job. It was an opportunity. The money was usually “small potatoes” and getting it was frequently the result of a newspaper route, a part-time job at a local market, yard work for a neighbor or a summer job that involved more physical, backbreaking stuff. Still, we earned it and the feeling of entitlement to things we wanted were inextricably linked to those earnings. Putting in our share or buying it outright were the only ways we got the things we wanted. We were content, at least until we were struck by the desire to have something else. For me, having money I earned in my pocket created a sense of pride. It was to some extent, freedom. I earned it, so I’ll do as I please with it!

I reflect on those things and make the following observations because today in the developed world the concepts of having enough and what I call excess surplus (hoarding) have merged and are now conjoined with unwarranted expectation and a sense of entitlement—the belief that the things we want can be acquired with minimal work and sacrifice, or no work at all. This disturbing phenomenon has been evolving and observably on the rise for several decades. It now appears to be growing at a quickening pace—spreading a toxic cloud that is raining poison on our values, threatening to condemn mankind to a moribund state.

As we watch, we see the abandonment of important concepts and the blurring of lines between that which we as human beings have long judged as good or evil, honorable or dishonorable. We can find many examples of this skewing of distinction, particularly if we look at the way in which opportunity and opportunism have become all but synonymous in their interpretation and acceptance. Frightfully, the latter is now tolerated behavior. In fact, it is not only accepted, it is expected. It is seen at nearly every level of human interaction—within families, schools, universities, social circles, in the work place and increasingly among countries.

The question is, how do we put human beings and humanity back on a safer track and stop the world from descending into an abysmal place—a heartless, uncaring, greed-filled, unsympathetic and egregious place, without empathy and where everyone is bent on pursuing opportunism instead of working to create opportunity? In other words, how do we determine when enough is truly enough? How do we create a more stable and less aggression-filled world? To answer these question, I suggest we start with the person we see daily in the mirror. But to sustain any effort toward progress in mitigating the effects of opportunism and greed we should ask, “What am I doing to prepare those who must continue to make these changes?”