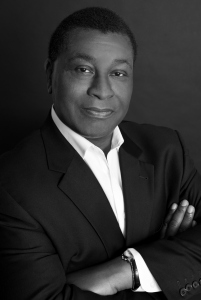 Writing a hard-hitting, suspenseful, action-packed, fast pace thriller is much more of a challenge than many, including some critics, may care to admit. Most modern thrillers, regardless of category (crime, political, espionage, etc.) are plot-driven and the style employed by their writers, though there are many variations, tends to deliberately avoid prose steeped in metaphor and exhaustive description—the preferred style extolled by literary critics. Seldom do we hear critics recognize the fast pace thriller for anything more than its story line. Comments about Tom Clancy’s novels after his death in early October 2013 are a case in point. According to one notable critic, Clancy’s novels “…were not particularly well written.” The frequent use of comments such as this when referring to a good portion of action-oriented thrillers seems a comparison of apples and oranges, especially in this case where the critic seemed to be suggesting that Clancy’s work lacks literary sophistication.

Comments of this type about the fast pace political or espionage thriller suggests that critics may be at odds with what they expect this type of genre fiction to deliver and what it should be, within the context of good literature of course. As a former intelligence officer and someone who has read quite a few thriller novels and watched a good many films and television serials, it is immediately clear that much of what we see is derived from interpretations of information about intelligence or military operations sanitized for public release. Nevertheless, fans of these films and serials, and indeed a good many critics, love the ‘sleight of hand’ and the ‘cloak and dagger’ world which they enter vicariously through the protagonist. Worth noting is that both groups are quick to voice disappointment when the pace is too slow or the dialogue too thick—the big hurdles for writers of the fast pace thriller. So puzzling do I find this dichotomy that it prompted me to share some of my views on the matter.

Challenges associated with writing a hard-boiled, action-packed, suspenseful thriller are many, but I think that efficacy and pace are vital. I liken this to the task of writing a solid piece of intelligence analysis—it must have the right amount of everything that’s needed and no extraneous details. Efficacy and effectiveness are the watch words. Therefore, finding the glue to hold a story with a streamlined narrative and crisp dialogue together keeps a writer on his or her toes. And while many a critics have chided disdain for “short chapters,” they are an effective tool for the thriller writer. Like a metronome, they help maintain tempo and can prevent forays into fits of thick description and lapses into creative lethargy.

Testimonials on the challenge of efficacy in writing have been attributed to quite a few notables across the centuries, including the likes of Blaise Pascal and George Tullie. The American author and satirist Mark Twain is known to have once closed a letter to a friend by declaring that “If I had more time, I would have written you a shorter letter.” It could thus be argued that it is no small feat when an author sets himself or herself the task of writing a concise and gripping story that will hold the reader’s interest and provide the right amount of detail to achieve the desired outcome. Die-hard thriller fans, especially those who favor novels of the political and espionage variety, and the fans of thrillers scripted for film demand nothing less than a good pace, intrigue, action, suspense, and an unpredictable ending.

Meeting these demands, could perhaps be the reason why the fast pace thriller has been likened to a Chinese meal. It is generally light; after finishing it, it may soon be forgotten and you no longer feel that your appetite has been satisfied. Nevertheless, in the world of books and book publishing, good fast pace thrillers frequently become front shelf. And while their place there is just as frequently short-lived, relative to classic and contemporary literary fiction, they can surge in sales and fill publishers’ coffers. The publishers, in turn, can then offer lucrative contracts to authors whose books are destined for the back or middle shelf and more modest sales that are usually sustained over a much greater period of time—decades or even centuries. It therefore seems only fitting that when critics use literary fiction as a reference point to launch an attack on the fast pace thriller that they ask themselves, what goes into the writing of a good fast pace thriller, what do they contribute to the publishing enterprise, and whether fans of the fast pace thriller know what is good? But most importantly, they should consider the technical merits of thriller writing, as well as the creative talent it takes to tell the story with efficacy and pace, without provoking charges of shallowness, directly or indirectly.

4 thoughts on “Thriller Writing: The Importance of Efficacy and a Driving Plot”