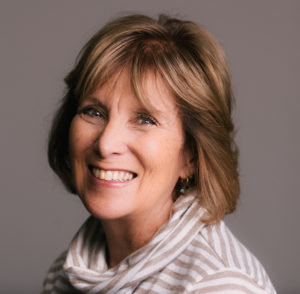 This year is the 50th anniversary of ‘The Summer of Love’ festival, celebrated in San Francisco. But times have changed in the Western world since the festival began. The hippies have been supplanted by yuppies and the openhearted generous message of hope, seems to have been transformed into a more cynical, selfish, ‘what’s in it for me’ ideal, with people retreating behind the walls of money and technology. Love really is the one dynamic emotion that glues human culture, our humanity, together. Without it our world and we, who live in it, are nothing. We can be side tracked by money, power, religion, etc. But all the seductive messages that entice us are, without love, meaningless in the end.

I am an actress who has been fortunate to have a long and productive career. Back in the early days of BBC TV, when we were working in amazing dramas, almost non-stop, I played Julia in a BBC production of Orwell’s ‘1984’. The scene that resonated most for me is when Julia smuggles the note to Winston, which says quite simply, ‘I love you’. Orwell ‘got’ the dystopian society that seems to loom in our future. It is no accident that love fills most of our finest literature, plays, films, and music. Its enduring presence has inspired the greatest artists, writers, composers…all the creative minds.

In a world of increasing isolation where so many of us live in fear, in gated communities, worried about walking the streets, a terrorist attack, suffering online bullying, unable to talk to people, too busy to sit down and have a real conversation, love seems to be getting lost. We hear about children self-harming, old and disabled people who are shuffled into homes, lonely and unhappy, displaced people, and refugees, the list goes on. Humanity seems to have lost its way and forgotten about the power of love. You may say, ‘what’s different? We have seen it all before.’ Modern technology, however, is exacerbating the situation. When presidents are elected by social media; when love affairs are conducted through text messaging, which becomes nothing but quick, mindless coupling, without love, we need to stop and think. We must find each other as fellow human beings again, and very soon, before this kind of disengagement becomes the norm.

Hope for the Future

I am an optimist. I believe love is not lost forever, just misplaced. We will come to our senses and reach out to each other properly as fellow human beings. A world of carelessness, selfishness and indifferent communication cannot survive in the long run. The word love is not a sound bite, a “message” on Facebook, or a tweet. It is a deep and complex emotion, part of our DNA. As such, we must let the ‘Summer of Love’ return and remind us all of its importance in our lives.

Jane Merrow is a classically trained, Golden Globe nominated actress, trained at the Royal Academy of Dramatic Art. She has had a variety of roles in television, film and on stage. She has had starring roles in movies such as The System (U.S. title – The Girl Getters) opposite Oliver Reed. She played Alais in the film The Lion in Winter, co-starring with Peter O’Toole, Katharine Hepburn and Anthony Hopkins, which earned her a Golden Globe nomination as Best Supporting Actress. Her recent films include Almosting It, opposite Lee Majors. In 2016 she appeared as Lady Macbeth on stage at the Groundlings Theatre, Portsmouth, U.K.”

In addition to acting, in 1995 Jane began writing and producing for television and feature films. She co-executive produced The Inspector Pitt Mysteries for A&E and ITV and developed three feature film productions with screenplays by David Seidler, Julian Fellowes and the Reunion by John Caine, OBE. In 2009 she began production on New Chilling Tales, a continuing series of short Gothic films, adapted from the great classic writers. In 2015 she wrote, produced and appeared in Cougar, a short film, which won awards at several U.S. festivals.