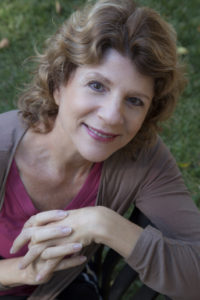 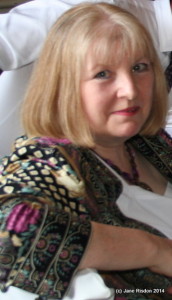 On several occasions, recently, I’ve been asked to provide my expertise to authors whose books have featured characters in the Music Industry – I’ve worked in the International Music Business for most of my adult life – and it got me thinking about my own writing and areas where I’ve been in need of ‘expert’ advice. I write crime stories and sometimes they venture into the hazy world of MI5 and MI6, and although I can call on my own experience back in my distant youth when I worked at the Foreign and Commonwealth Office in Whitehall, London, limited though it might be, I still need to clarify details and exactly what each part of the British Secret Security Services does. Of course I can always delve into their websites for general information and it is now possible to contact their Press Offices who are happy to work with authors. I’ve also been fortunate enough to have met a retired Detective Chief Inspector – also an author – on Facebook, who has been kind enough from time to time to answer my many question about police procedure.

It is important as writers, especially crime writers, to get our facts right when telling a story which may well involve the investigation of a particular crime. And, as I mentioned earlier, I’d been thinking about my knowledge base and how to expand it for some time. Late last year I was lucky enough to discover the answer. I found several British Universities offering on-line courses in various aspects of Forensics – fantastic. Just what I was after. Somewhere I could educate myself at my own pace at home. Since starting my first course – Human Identification and Forensic Science – which introduced me to the world of clandestine burials and the identification of skeletal dismembered remains, which I and the other students managed to eventually identify – using the most recent methods of facial reconstruction, DNA and Anthropology – working as part of the Forensic and Police investigation of a missing person, I have undertaken two further courses.

The second course I’ve completed was an introduction to Criminal Justice and Forensic Science. I learned about the complex world of DNA profiling and Fingerprint analysis and researched many criminal cases where miscarriages of justice had been discovered and how convictions had been over-turned and the role played by Forensic Science in obtaining evidence and solving crimes. It was a real eye-opener I can tell you.

The third course I’ve completed recently, Forensic Psychology: Witness Investigations, has been fascinating and has made me realise just how we cannot always believe our own eyes and memories. During this course I and the other students worked alongside the police in the investigation of an armed robbery and we (virtually) sat in on the interviews with witnesses by two detectives. One used old fashioned methods investigating the case and conducting interviews, getting the witness to tell their story, often with prompts and leading questions using Photofit pictures of a selection of potential suspects and a physical line-up to identify the suspect. The other detective conducted their witness interviews using the latest methods – neuro-psychological techniques – to question the witnesses, allowing them to relate their story uninterrupted and not prompted, and using computer generated images of faces where the witness was able to move the eyes, nose and lips etc. to build an image they felt was closest to the suspect they’d witnessed. This method helped solve the case faster, more accurately, and didn’t lead or suggest anything to the witness.

Now, armed with my new knowledge and basic understanding of how to investigate a crime, make an identification of a skeleton from basic anthropology and forensics, right through to getting a witness to a crime to relate what they saw more accurately, I am more confident in my crime writing. Those authors for whom I was a musical consultant tell me I gave them that same confidence. Keeping things real and accurate for our readers. Most important for me as a writer and also as a reader. I hate finding inaccuracies in crime stories I read and I hope my readers won’t find any in mine.

Jane Risdon has spent most of her adult life in the International Music Business, managing songwriters, musicians, singers, and record producers with her musician husband. Always longing to write she never had the opportunity until a few years ago when her husband’s former fan-club secretary, ex rock journalist, and now award winning author, Christina Jones, urged her to take the plunge. Since then Jane has become a published author with Accent Press and has contributed to various anthologies as well as co-writing with Christina. Their novel is due out later this year. Jane is also writing a series of novels, Ms Birdsong Investigates, about a former MI5 Officer who finds herself investigating a missing woman and ends up tackling Russian Mafia and Ukrainian people traffickers in rural Oxfordshire.

Links to books and more:

Disclaimer: The views and opinions expressed in guest blog posts on this website do not reflect those of the blog host.